The scientific approach in industrial management by Taylor

This entry was posted on September 1, 2014 under Uncategorized. Written by: admin

At the beginning of scientific approach in industrial management, some great specialists, like Taylor, Fayol and Weber developed a few interesting theories.

In the followings we’ll present some of Taylor’s assumptions about the rational organization of industrial work:

– the spontaneous working methods contain lot of unnecessary or not economical elements, which should be eliminated by the management.

– the working people’s behavior is rationally conducted, so they must be treated as homo oeconomicus.

According to Taylor’s perception about people:

– workers cannot choose on their own their work method, and they are not allowed to define their expected performance level, because productivity increase is against their interest.

– management should use scientific methods to define the work methods and equipments which assure the highest productivity.

– the results of the workers with the highest performance must be considered as the base of calculation for working standards.

Taylor’s principles are directly related to the production phase. For the management and development of large institutions and organizations, Fayol was the one who developed similar theories.

Some of Taylor’s theories, mostly the ones regarding the motivation of the workers, management of human resources, optimal distribution of the workers over the machines are still valid and useful for managers. However, it is very important to understand the limits of the strictly productivity chasing perceptions.

The really positive results from Taylor’s principles are coming from the following:

– the necessity of scientific organization of the production

– the high importance of compatibility between working equipments, methods and human capacities. 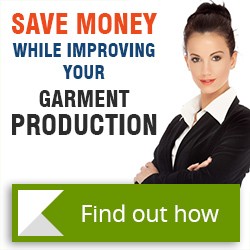 In order to improve productivity, manufactures need a vigorous production control. As new company develops managers are not able to simply observe all employee's efficiency. They need managerial and technical tools to measure, control their production and find ways to improve it.